Winnipeggers will be able to continue easily enjoying the outdoors with temperatures over 10 °C above seasonal averages.

Today will start off with a low pressure system that moved into the region yesterday exiting eastwards into Ontario. As it pushes off, Winnipeg will see mainly sunny skies and westerly winds of 20–30 km/h. Temperatures inch up to a high near +1 °C through the day as the winds gradually ease. The city should see clear skies tonight with a low near -13 °C as a ridge moves through.

On Tuesday, an upper trough will move into Saskatchewan, spreading cloud cover eastwards ahead of it into Manitoba. Winds will shift to the southeast ahead of a surface low, but should stay light through the day. Temperatures will be a tad cooler as ridging remains across the region and Winnipeg will see a high near -3 °C. Skies will be mostly cloudy on Tuesday night with a low near -5 °C.

Wednesday will bring little change across the region as Winnipeg finds itself on the edge of a col. A col is an area of light winds found where a trough and a ridge intersect. In our case, the trough will run from Alberta southeastwards to a low over Iowa, and the ridge will run from NW Ontario southwestwards towards Idaho. As a result, any cloud left from Tuesday night should just stick around and give mostly cloudy skies. Winds will be light and temperatures should climb to a high near -1 °C. Skies will stay on the cloudier side on Wednesday night with a low near -4 °C.

On both Tuesday and Wednesday, the cloud cover could produce some periods of light snow, but accumulations would be insignificant. If it happens, the snow would be light enough that it’s only really worth mentioning in passing.

Mild temperatures with conditions trending cloudier will continue through the week. The next chance for any organized snowfall looks to be on Friday night when an occluding frontal wave could bring a couple centimetres of snow to the region.

Winnipeg will continue to see temperatures well above seasonal values this weekend. The deep freeze typical for this time of year looks to stay absent through the coming week.

Instead of the cold, Winnipeg will instead see temperatures climb towards freezing over the coming days as a series of low pressure systems moving across the Prairies spread mild Pacific air into the region. First, though, Winnipeg will see a high near -8 °C today. Skies will likely stay cloudy for much of the day with plenty of stratus left behind from a disturbance that moved through overnight. With the cloud, the city will also likely see some light snow through the day. Clearing should work into the region this afternoon, though there’s a chance it could take until evening for it to reach Winnipeg. Once it clears out, Winnipeg will see mainly clear skies overnight with a low near -12 °C.

On Saturday, the first of two low pressure systems will work across the central Prairies into Manitoba. As it pushes eastwards, it will spread cloud into the region through the afternoon hours. Winds will start light, but strengthen out of the south into the 30–40 km/h range for the afternoon. Temperatures will climb to a high near -2 °C. More cloud will move through the region on Saturday night as the winds ease and temperatures hover around -1 °C.

On Sunday, another low — slightly stronger than the first — will scoot across the Prairies. Temperatures will climb to around 0 °C in Winnipeg with skies clouding over. Winds will be light to start and gradually pick up to around 30 km/h in the afternoon. Heading into the night, a trough moving through the Red River Valley may bring some light snow or even a couple rain showers, depending on where exactly the temperature is at the time. Temperatures will dip to a low near -2 °C by Monday morning.

Temperatures will cool slightly next week with highs slumping into the -5 to 0 °C range. Lows will also follow suit, staying well above normal for this time of year in the -5 to -15 °C range. Some snow is possible with a cold frontal passage on Monday, otherwise while skies stay on the cloudier side there should be little snow to speak of through the rest of the week.

Winnipeg will see a fair amount of cloud today as stratus behind yesterday’s disturbance struggles to clear from the region. A weak ridge will move into the region this afternoon, slowly pushing the clouds eastwards and keeping winds light. A few clear breaks may develop late this afternoon, but more cloud cover will develop over the region tonight. Temperatures should reach a high near -7 °C and fall to a low near -15 °C tonight. Winds overnight will pick up out of the south into the 15–25 km/h range.

On Thursday, a low moving through the northern Prairies will push a trough eastwards into the Red River Valley. Winds will persist out of the south at 15–25 km/h through the day with temperatures climbing to a high near -7 °C. Winnipeg should see sun to start the day, but some clouds will work into the region by late afternoon. Skies will stay on the cloudier side overnight with a low near -12 °C. There will be a chance for a bit of light snow overnight to ring in the new year the trough passes.

2021 will kick off with a ridge of high pressure will moving across southern Manitoba, bringing light winds and clearing skies. Temperatures will again climb to a seasonably mild -8 °C. Some more cloud will push into the region on Friday night as a warm front pushes towards the region. Temperatures will dip to a low near -11 °C with wins picking up out of the south to around 20 km/h.

Even warmer weather will push into the region this weekend with temperatures climbing back to the freezing mark — or even above — and sticking around through much of next week. A gradual return of highs back into the mid-minus single digits is forecast for the latter half of next week. No significant snow is expected through the week. 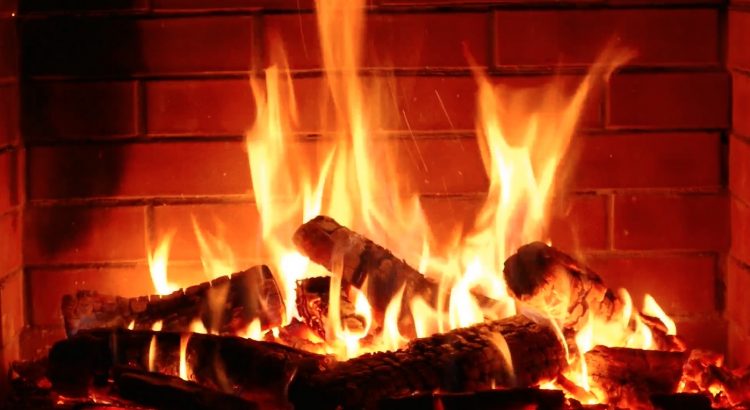 We’ll be taking a Christmas break through the rest of the week and getting some much needed R&R. Until we’re back, we encourage you to view Winnipeg’s forecast over at Environment and Climate Change Canada.